LAURA OBIOLS
Born as a collective in 2012, Laura creates films, campaigns, video art, theatre, installations, circus and dance pieces inspired by contemporary stories. We write, choreograph & compose our own work, working as a team that merges and shapes different ideas into various art forms, with the same intention: capturing  the conditions of human life and create work that is open-pored and that somehow reveals something of what is under the skin.

Laura Obiols
Born in Lleida (Spain), Laura started her dance and performing career and her filmmaking interests at an early age. Since her arrival in London in 2003, she worked in both health research & arts. After studying at the University of Navarra, she finished her PhD in Pharmacy in 2007. In parallel  she trained at RADA in Acting (BA Hons) and Performing (MA) and at the London Contemporary Dance School. After finishing Fine Arts and Art Direction at the University of the Arts London and completing a Physical and Immersive Theatre at  Jasmin Vardimon / Royal Holloway University, she worked as a performer & director for many years (Dante or Die, National Theatre, Barbican, Battersea Arts Centre, V&A Museum, Royal Haymarket amongst others). She then went into Film Making MA at the University of the Arts London and started creating her own work.
She is also the Arts Editor for La Revista, the British Spanish Society journal, since June 2016.
IMDb: https://www.imdb.com/name/nm8078611/ 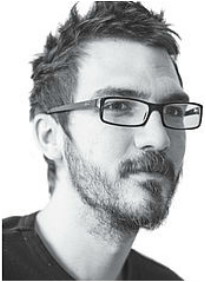 Alerto Balazs
Born in Buenos Aires, and after studying music, Alberto started his career in Cinematography graduating from the Barcelona Film School ESCAC.  BA in Visual Communication (USC, Spain). Based in London since 2009; worked internationally in fiction and documentary in Argentina, Denmark, Lebanon, Taiwan, Spain, and Germany. 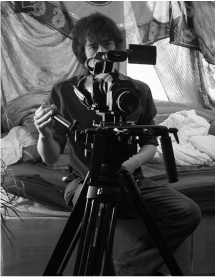 Rob Savage
Rob Savage is a multi-award winning writer/director and Screen International Star of Tomorrow, working in features, television and commercials. He wrote, directed, shot, co-produced and edited micro-budget feature film Strings at age 17, which premiered at the Rome Film Festival. The film was acquired for release by Vertigo Films and won the Discovery Award at the British Independent Film Awards.

Rob’s television output includes dramas written and directed for Channel 4 and Sky, and he is currently developing a number of TV and film projects including psychological horror "Seaholme", developed with Salon Pictures on the BFI/BBC/Creative England iFeatures scheme and “Dawn of the Deaf” with producers Fodhla Cronin O'Reilly (Lady Macbeth) and Rob Watson (The Power).

​Rob is a Sundance, Berlinale Talents and Edinburgh Talent Campus alumnus and has won a number of awards for his short films at festivals including the London Short Film Festival, Raindance and Sitges and was the recipient of the BFI Future Film Award in 2011. Rob's latest film, “Dawn of the Deaf”, was BAFTA shortlisted and has played at over 100 film festivals worldwide, including the Sundance Film Festival and Oscar - Qualifier Sitges, where it won the Melies D'argent for Best Short.  http://www.rob-savage.co.uk 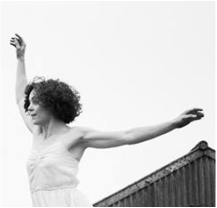 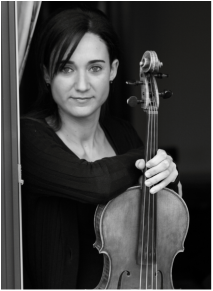 Cristina Gestido
After graduating in Oviedo Conservatoire, Cristina obtained a BA of Music & a MA in Viola Performance from the Royal College of Music in London. She has worked at the Royal Philharmonic in London, Kiez Opera Berlin, Scottish Chamber Orchestra and Asturias Symphony Orchestra amongst others. She now works at the Royal Opera House in Covent Garden under conductors Antonio Pappano, Andris Nelsons, Simon Rattle & Sir Mark Elder.

As a chamber musician she has played in Quatro Quartet, Soloists of the Royal Opera House with Vasko Vassilev, Manning Camerata in festivals like Pedraza (Spain), The Scoop Festival (London) or Contemporary Music Festival of Salamanca (Spain). Cristina is also an active solo recitalist with performances in St. Martin in-the-fields, St. Jame’s Piccadilly and Victoria & Albert Museum amongst others. Forthcoming engages includes a recital at the Teatro Filarmónica de Oviedo in Dec2015. As well as classical musician Cristina has got an intense career as a session musician recording and touring with artists like Sting, Celine Dion, Rassell Watson, Dominic Miller, David Bisbal, Vaudi Cavalcanti, as well as soundtrack recordings. Since 2015 she is Viola Tutor at BISYOC (International Youth Orchestral Exchange). 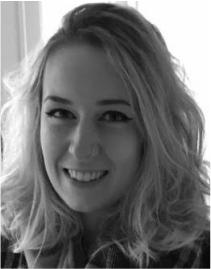 Michelle Bristow
Since graduating from Wimbledon College of Arts in 2014 with a degree in Costume Design, Michelle went straight into a dance design internship with the Jasmin Vardimon Dance Company. In 2015, she spent time working in the Costume Department at the London Contemporary Dance School.

Michelle works extensively for dance and theatre, most recently she designed Staying Alive, by Kat Roberts at the Pleasance Theatre and Hourglass by Laura Obiols at the Robin Howard Theatre. Michelle is a regular associate of Zahra Mansouri, a costume and set designer based in London, as well as working as Costume Designer with theatre companies such as Blackshaw Theatre and A La Carte; and also in the Costume Department for Fourth Monkey and The London Contemporary Dance School. She has designed for a number of contemporary dance pieces as part of the Resolutions festival, held by The Place. Most recently Michelle has been working for Watford Palace Theatre on their 2017 season, in addition to being on tour with Rifco Arts. www.michellebristow.wix.com/costume 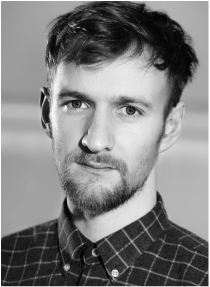 Currently working on the development of his first dance-theatre piece Bloom and touring with Gary Clarke for his new piece Coal. In 2018, James will be developing his new work TERRA, which has been commissioned by The Place & The Point, Eastleigh. 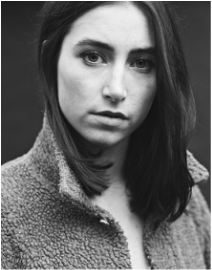 ​Since moving to London Rosie has performed as a soloist for Nina Kov as part of Tim Casson’s Wild Card and for Lea Tirabasso’s ‘Rosie in Wonderland’. She has worked as a dancer for The Female Choreographers Collective’s ‘The Experiment’, Exzeb Dance Company, Joss Arnott’s Autumn 2013 tour. Rosie has travelled in between San Francisco, Israel and Europe to collaborate and research for Dance Film projects, and Dance Theatre. Rosie is currently touring Lea Tirabasso’s duet ‘Love Me Tender’ in Europe, embarking on her new creation this year and has recently started a collaboration with Basel based Bufo Makmal. 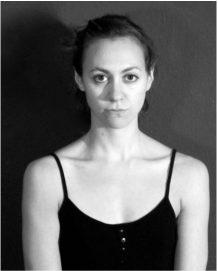 Léa Tirabasso
http://www.leatirabasso.com
​Léa holds a BA in History of Art, and a Certificate of Higher Education from The Place, London. She has worked with José Vidal, Clod Ensemble, Seke Chimutengwende, James Finnemore, Seven Sisters Group, Jean-Guillaume Weis and Peter Groom. For two seasons she worked with the Tanztheater Kassel, Germany, under the direction of Johannes Wieland, where she worked with Johannes Wieland, Michael Langeneckert, Stephanie Thiersch and Chris Haring/Liquid Loft. Her work has been performed in England, Germany, Spain and Luxembourg.
She danced in music videos for The Kooks, Lake Komo, Cash+David, Tom Shortez and Buridane. She choreographed the music video “Don’t you find” for Jamie T. As a performer she participated in art installations for and with Ai Arakawa at the Institute of Contemporary Art and at the Frieze Art Fair in London. She also performed in a Fluxus concert with Alison Knowles in Lyon.  ​In 2016, Léa received the prestigious award Arts et Lettres in Luxembourg (Institut Grand Ducal) for her work as a dancer, choreographer and director. 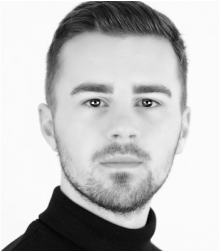 Kieran Page
​Kieran is a London based dancer who graduated from the London Contemporary Dance School in 2015.
He has worked with KIMATICA Company, Richard Alston, ITV Studios & Michael Clark amongst others and has participated in intensive workshops with Melissa Fetherington + Simon Williams; Scottish Dance Theatre with James McGillivray; Wayne McGregor Random Dance with Fukiko Taksase & Hofesh Schechter workshop with Sam Coren. He has been collaborating with Michael Clarke since 2016. Kieran joined Tavaziva in March 2018. https://tavazivadance.com/dancers/kieran-page/​ 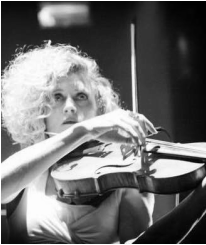 Charlie Stock
Charlie is a London based viola player and performer. Having gained a BA Hons in world/ contemporary music at Dartington College of Arts she continued her studies at Trinity College of Music, London, achieving a Postgraduate Diploma in Performance. Whilst at Trinity College she joined the Bergonzi String Quartet where she experienced a musical journeywhich included performing at The Wigmore Hall, playing to Royalty, performing in India, winning awards and playing new compositions and tutoring chamber music at Dartington International Summer School.

Currently is a member of the Comedy/Dancing string quartet Graffiti Classics with whom she tours the world, the last engagement being January 2016 in Taiwan with the Evergreen Symphony Orchestra of Taipei. As well as playing classical music she also delves into other worlds, collaborating with artists in the genres of pop, contemporary, dance and performance art. She has also recorded with many artists including Rhianna, Lana Del Rey and Bat For Lashes. 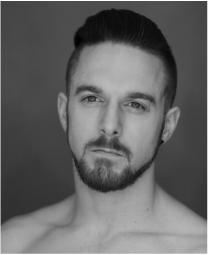 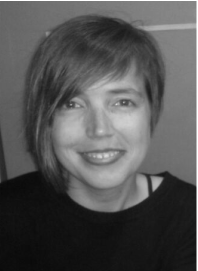 Nuria Sobrino
Musician & architect based in Bradford on Avon, originally from Lleida (Spain). Nuria trained at Enric Granados Music Conservatori (Spain). She was awarded Best Pianist for 2 consecutive years by the Catalan Music Conservatoire (2000-2001). Nuria joined the Catalunya Symphonic Orchestra in 2002 and since then she has been touring internationally. She now lives and works in the UK where she divides her time between architecture and music. 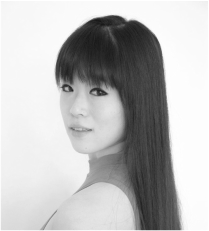 Mari Ishida
Originally from Hokkaido, Japan, Mari trained at Oakville School of Classical Ballet in Canada prior to attending London Contemporary Dance School, where she graduated in July 2015. During her studies, she had the opportunity to work with choreographers including Crystal Pite, Richard Alston, Didy Veldman, and Kerry Nicholls, performing various works in different venues. Mari joined IT Dansa Jove Companyia in Barcelona under the direction of Catherine Allard in 2016. 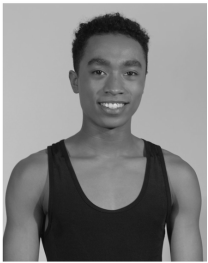 Luke Crook
https://www.ndadance.org/company/luke-crook
Luke is a freelance dance artist based in London. Originally born in Derby, Luke grew up in Eastbourne where he began dancing at the age of 14. He performed with Southern Youth Ballet prior to attending London Contemporary Dance School. He trained at London Contemporary Dance School, where he graduated in 2015 with First Class Honours and has had the opportunity to perform works by Richard Alston, Didy Veldman, Crystal Pite, and Kerry Nicholls. Since graduating Luke has been working in both commercial and contemporary settings; dancing in music videos, gallery exhibitions and fashion promotion. Luke has performed in conceptual works by Pablo Bronstein as well as Holly Blakey, N’da Dance Company, Hubert Essakow, Fevered Sleep and Shobana Jeyasingh Dance. Recently working with Alexander Whitley Dance Company, Luke has performed a new solo work, Ulysses Awakes in collaboration with the 12 Ensemble, as well as the company’s newest work 8 Minutes. Luke joined Tavaziva in July 2017. 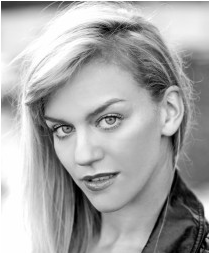 Ana Cilas
http://www.anacilas.com
Born in Croatia and trained at the School for Classical Ballet & at the Rock Academy for Major Vocal Performance in Zagreb. Now based in London since completing her National Diploma in Professional Dance and Musical Theatre at the Urdang Academy in 2013. 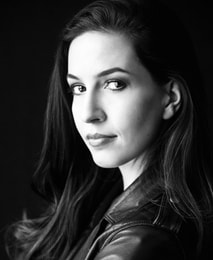 Collaboration with James Phillips. Accepted into BAFTA qualifying ‘Aesthetica Short Film Festival’ where it premiered in November 2018. In February 2019,it was screened at the Utah Dance Film Festival in Orem UT, USA. www.ivanaradjenovic.com 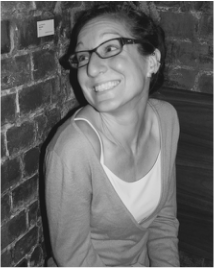 Sherry Coenen
​Sherry has been lighting shows in the US and UK since graduating with a BFA in Lighting Design from the University of Miami in 2003. 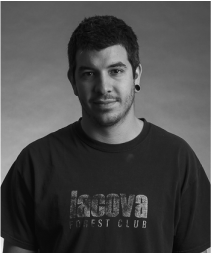 Guillem Trius (Barcelona 1991) graduated in journalism from Blanquerna Faculty of Communication and completed his studies with a MA in Photojournalism and Documentary Photography at the London Collage of Communication. Guillem believes and works in long-term documentary projects focus in human rights. His work originates from the need to communicate aspects of the human condition through means of local, small-scale stories.

He has worked in countries such as Ethiopia, Uganda, Syria, Niger, Angola, among others, publishing articles and photographs in national and international newspapers such as National Geographic, 5W Magazine, Al Jazeera or The Guardian. In 2016, he received an honorable mention at the Tokyo International Photo Awards (Japan) and at the Head On Photo Festival (Australia). He was also a finalist in the Siena International Photo Awards (Italy) for his work at the Gambo Hospital. Recently, he has been awarded at the Kolga Tiblisi Photo Awards (Georgia) for his work ‘Færeyjar’ carried out during 2018 in the Faroe Islands. In 2019 he was awarded by the European Commission with the “Sight by Side” scholarship to carry out a project in the refugee settlements of South Sudan. Guillem has exhibited his work in Spain, Australia, Georgia, Italy, Belgium and Japan and, since 2017, he is a member of OAK Stories. http://www.guillemtrius.com